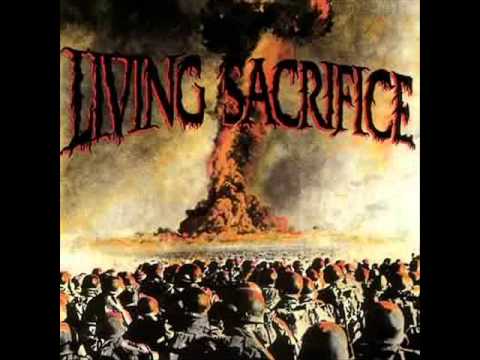 Living Sacrifice – “Second Death/Obstruction” from their 1991 debut release. Living Sacrifice is a Christian Metal band with roots in Christian Thrash metal. They had a brief two album stint expermienting with Christian Death Metal, but the majority of their catalog after their first 3 albums would be considered a metalcore/groovecore hybrid. Their most recent albums (The Infinite Order and Ghost Thief) seemed to return a bit to their straight ahead metal roots that satisfied their longtime thrash fans, but still keeping true to the signature sound that has come to define their sound from the Reborn album, onwards.

I do not own this album cover or song. All rights to Living Sacrifice, Rex Records and/or Tooth & Nail/Solid State Records.