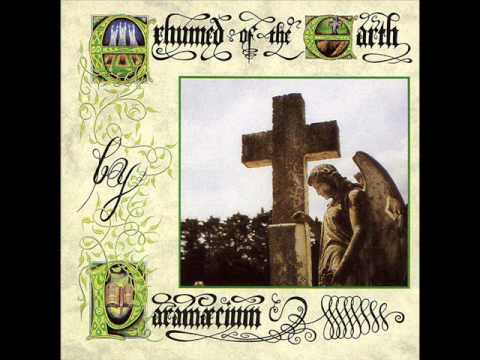 Paramaecium – “The Unnatural Conception In Two Parts: The Birth and the Massacre of the Innocents”

Paramaecium – “The Unnatural Conception In Two Parts: The Birth and the Massacre of the Innocents” from the album “Exhumed of the Earth”. All rights to Paramaecium.

The embryo implants the uterine lining,
folding within its amniotic abode
The gut and neural tubes forming in conjunction
Cardiac impulse with foetal brain function

The journey was harsh, days on the road in the dirt
The young couple compelled by the census taker to reach the City of David
The time came for the birth of her firstborn but no lodgings were found
So, wrapped in strips of cloth, the child was placed in an animal feeding trough

The uterine contractions are a source of pain
The agonising passage through cervix dilating
Vacating the endometrium the child emerges, afterbirth, initial respiration

Infanticide has gripped Ephrath, mothers cry as their children die
His Highness, his wickedness, Herod the Great
Has slaughtered the innocents for his excruciating jealousy

The Magi had informed Herod of the birth of a king
His unbridled ambition was crushed by the arrival of the Christ
He consulted the chief priests and scribes as to the place of birth
Then, with his throne in thought, the ugly violence of the murders were wrought
But too late for the child of promise had fled to western lands