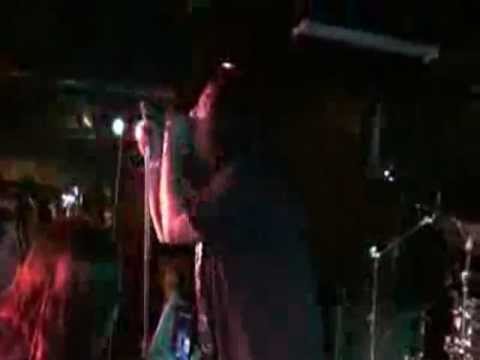 As the blade plunges deep into my flesh
My breath grows shallow, consciousness fades
I stare away into a time not of this earth
Omniscient realm, a home awaiting me

Note: The title track, “Stripped, Stabbed, & Crucified”, is about a reverend of a church in Anadarko, OK. Her name was Carol Daniels. She was brutally murdered on Sunday, August 23rd, 2009 behind the pulpit inside of her church. According to multiple reports and news media outlets, she had been stripped and stabbed multiple times. Her head was almost completely severed, and when the authorities found her, she was found in a staged position of having been crucified. The title track, as well as the entire album, is a tribute to her. It is a tribute to ALL of those who have been martyred in the past, in the present, and for those who WILL be martyred for their faith in the ONE TRUE GOD!

Romans 12:19 says, “Dear friends, never avenge yourselves. Leave that to God. For it is written, ‘I will take vengeance; I will repay those who deserve it,’ says the Lord.”

Yet, at the same time, we must always remember Ephesians 6:12 which states:

“For we are not fighting against people made of flesh and blood, but against the evil rulers and authorities of the unseen world, against those mighty powers of darkness who rule this world, and against wicked spirits in the heavenly realms.”

As much as this story enrages us (as it SHOULD enrage you too, whether you share our faith or not), we must keep our perspective on things. Ephesians 6:12. Remember it! And with that in mind, please pray for the salvation of those who have committed this gutless and tremendously horrendous and cowardly act. It was most definitely an act of pure, unadulterated evil. But our war is with the spirit within those who did this. Not with the individual(s) themselves. One of these days they will be caught (that’s right, they’re still out there somewhere), and they will be served justice according to man’s standard of justice. Let come what may according to that system. But they will also have to answer to God in the next life to come. Please keep them in your prayers. God loves ALL of us. If he can save and redeem the apostle Paul, who was specifically a killer of Christians, and turn him into one of the greatest Christians who ever lived, he can save this person(s) too. Whatever the outcome, may God be glorified!

That aside, the following are the lyrics to the upcoming 6-song EP that we will be releasing soon, called “Stripped, Stabbed, & Crucified”. Read them, learn them, memorize them, and scream them out loud with us the next time you see us live! \m/