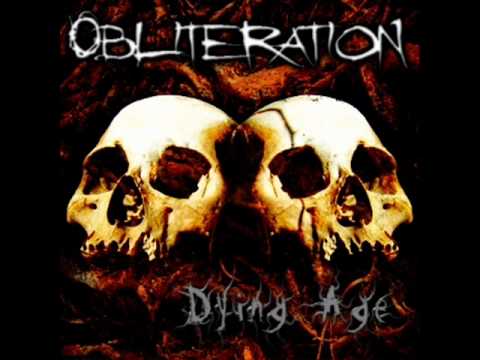 From my old band, Obliteration, comes the “Dying Age” demo. This song is entitled, Torn In Two. Obliteration was born in 1997 and was a christian death metal band from Oklahoma City, OK. The full 4-song demo was featured on a compilation and distributed by Cross Rhythms/Blastbeats Music. I was the original vocalist of the band as featured on the Dying Age demo. Once I left the band, the name of the band was changed to Death List and lead guitarist, Kevin Tubby, took over on vocal duties in addition to lead guitar. As Death List, the band went on to record a full length album called “Severed.” A couple months after the recording of the new album, I rejoined the band. Unfortunately, the band broke up in January 1999.

OBLITERATION – “By His Blood”