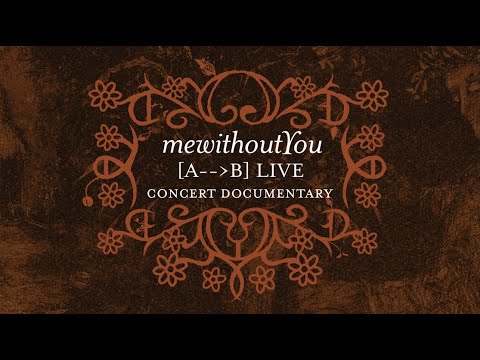 mewithoutYou – A to B LIVE (Concert Documentary)

Video uploaded to Youtube by mewithoutYou.  This concert documentary blends the full live performance of the final hometown show of mewithoutYou’s “[A→B] Life 15th anniversary tour” with interviews and archival footage to tell the story of the band’s evolution and emotions as they revisit their 2002 debut record. Recorded November 26th 2017 at the Theatre of the Living Arts in Philadelphia, PA Directed by Colin Comstock at Arsenal Mediaworks

mewithoutYou – A to B LIVE (Encore)