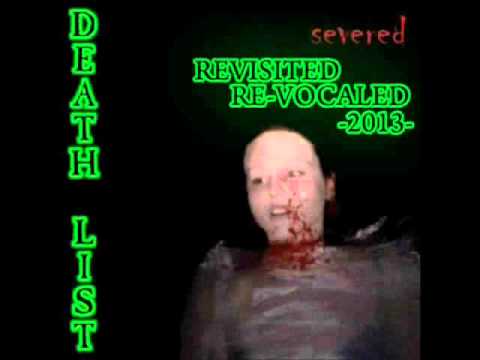 Death List – “Exhumed”, REVISITED, RE-VOCALED 2013! This song is from the 1998 album, “Severed” by Death List. I was the original vocalist of the band (under the name “Obliteration”). After my departure from the band, they renamed themselves “Death List” and released the “Severed” full-length. Shortly after it was recorded, I rejoined the band. I always wondered what that album might have sounded like with my vocals, so I decided to re-record vocals to this song. I may do other songs from the album as well, but I have not made a decision on that yet.

Bought by blood of the Nazarene
Death-less, kill this body
I will be free
No more stench of humanity