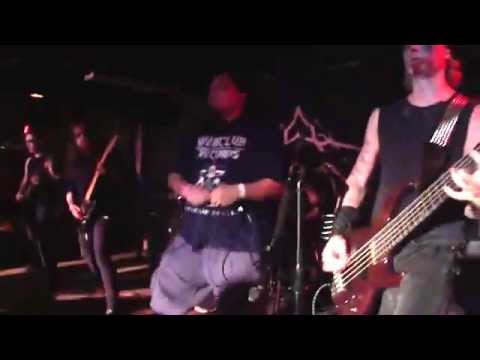 A Hill To Die Upon – Twin Heads of Vengeance (ft Ricky Puckett, formerly of Broken Flesh) LIVE at The Conservatory in Oklahoma City, OK – 04/27/13. This song is from their “Infinite Titanic Immortal” release. A Hill To Die Upon is one of the absolute best blackened death metal bands on the scene!
Some people would refer to them as a Christian Blackened Death Metal band, or a Christian Death Metal band. Though, the band does not care for the “Christian” tag (understandably so), they are all Christians and write from that worldview. Credit: Joshua Herbster for filming…

The Twin Heads: “Two beaks tear at a thousand nation’s eyes
Wings beat upon the ears of all who dare to fight

My light shineth the way
Forward through ash and fog and fear
It is flaming madness I see… in all whom I command!

Two beaks tear at a thousand nation’s eyes
Wings beat upon the ears of all who dare to fight..

The Warriors: “Beholdeth what we cannot see
God of gods!
Law by nature, by will alone
Infinite Titanic Immortal

Oh! Faceless might
Grant us the sight
Through the ash and flame
The Hymns of chaos rise!”